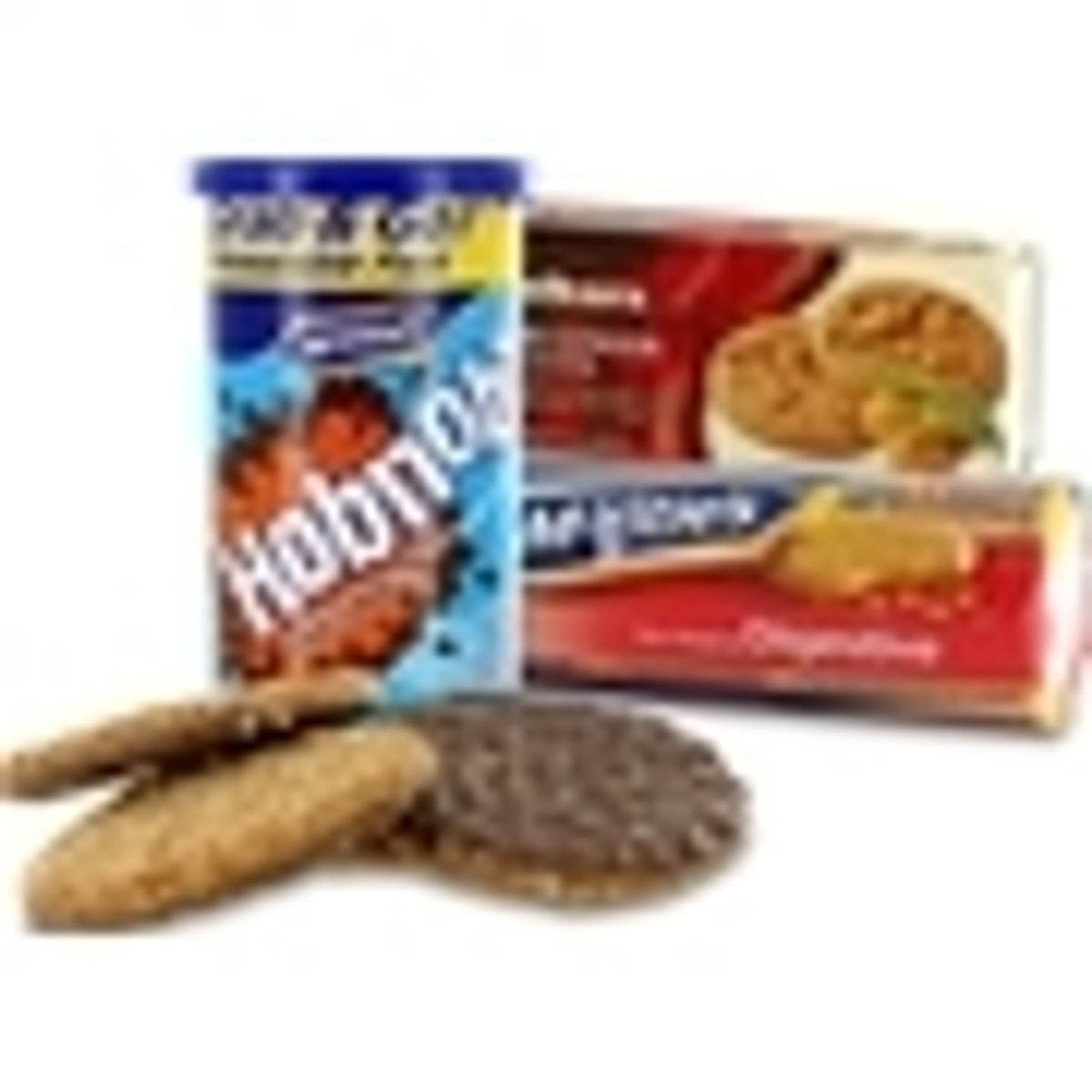 From British Biscuits to Classic, Famous and Popular British Cookies including Digestive, Hobnob and Shortbread

One of the things that makes The English Tea Store so unique is our huge inventory of imported biscuits and cookies, that are legitimate snacks to many of the people of the United Kingdom. If you ever wanted to experience teatime how our friends over the pond do, something they know quite well, we have got the perfect pairings to go with your favorite cup of tea. These are some of the most popular brands and names in the UK and in Ireland.

First up, we have Fox's Fabulous Half Coated Milk Chocolate Cookies. With a colossal crunch that will pair well getting dunked in your tea, these cookies have chocolate chunks littered throughout and are even dipped in milk chocolate for that extra dose of deliciousness making this a real delicacy.

Burton's Jammie Dodgers with Raspberry filling is just an iconic snack that packs a very berry punch. Plus, you get to say Jammie Dodgers at your next tea party.

For the British Biscuit connoisseur, the Crawfords Garibaldi Biscuits is a classic that first established itself in 1861 thanks to Italian General, Giuseppe Garibaldi, who fought to unify Italy. With a solid rating of 4.7 stars from our customers, these biscuits are hard to ignore.

Our next item is O' Neills Shortbread Sheep which comes to us from Ireland. Passed down recipe and shaped like little sheep with a delicious buttery flavor, these shortbread sheep are a tasty treat and will keep you from counting them in the midafternoon.

McVities Milk Chocolate Digestives are wheatmeal biscuits covered in milk chocolate. Simple, effective, flavorful. For a little variation of this sweet treat, check out the

As you can see, The English Tea Store has got a variety of snacks to bring into your house. We also have custard creams, Scottish shortbread and French butter cookies, But! That's just the tip of the iceberg, we have a ton of treats, so make sure you look over every nook and cranny, I mean every cookie and jammie.

What is a biscuit in England? What are they called?

In North America what we would consider a biscuit, browned and hardened on the outside, but soft on the inside is more akin to that of a scone. These treats are consumed plain and also with butter and jam.

As for what the English would call a "biscuit," this is more similar to that of what we know in North America as a cookie, a sweetened, thin, hardened piece of twice baked flour. The English do have their own version of cookies that are called digestives.

What is the difference between a British biscuit and a cookie?

A British biscuit is usually a little more brittle, rigid and hard than your average run of the mill cookies in the United States.